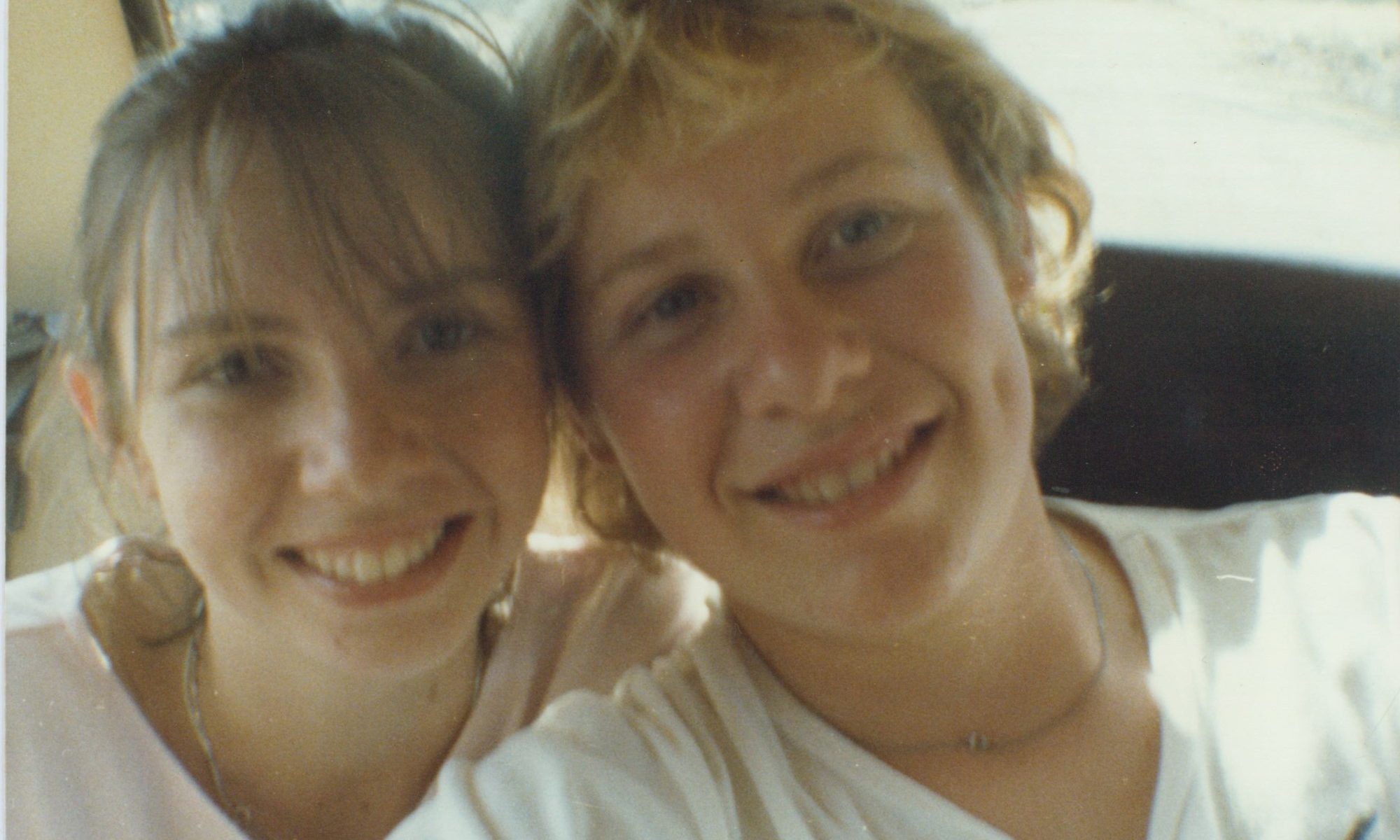 For twenty-five years I took a passive role in Ursula’s missingness. Silently, and feeling I had nobody to turn to, I obsessed over her being one of Ivan Milat’s victims, along with a multitude of other scenarios which swung me from hope to helplessness.

After seeing her profiled on TV when the Australian Federal Police introduced age-progression technology for the first time, I embarked on a very public mission to find her. 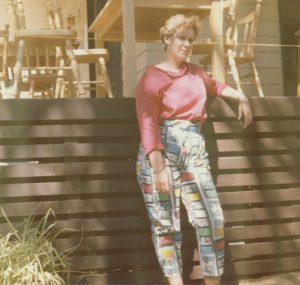 This involved many things including publishing crime fiction novels inspired by her ‘missingness’. When my first novel went to number one on Amazon, people started coming forward with new information and the media interest resulted in a new investigation by Kings Cross Detectives.

My quest was to publish a book a year until we found her; it was the best way I knew how to maintain public interest in her case. These books were presented at international missing persons conferences and more than 100,000 copies downloaded on Amazon. I would leave copies in cafes, doctors surgeries, park benches, on trains and planes and in street libraries in the hope that someone would read through to my author’s note and realise my fictional characters were inspired by a real person who we were desperately searching for. And most importantly, that they would come forward with that vital clue to solve her case.

Since ‘Found’, I have remained relatively silent – a stark contrast to putting myself out on a limb time and time again to speak publicly during those five frantic years. My silence is partly caused by bureaucracy, but I am also trying to pick up the pieces of the complicated grief caused by this ambiguous loss. Behind the scenes is a tangled tale of trauma. Trauma from what we went through, and are still going through, in our search for Ursula.

With the support of Australian Story (which aired a story on Ursula on November 25, 2019) and their dedication to Ursula through the eyes of her family and friends and those who helped find her, it is time for me to start speaking out for the missing again.

Sharing Ursula’s story gives other families hope and is a meaningful contribution to the very important conversations we need to have about missing people – the impact is far more devastating than many realise.

There are currently around 2600 long-term missing people in Australia, and more recognition and support are needed for those left to wonder and agonise if they’re ever going to see their missing person again. Ambiguous loss is like no other form of grief and it needs specialised support services that currently don’t exist.

Changes also need to happen in our coronial and police system at the highest levels of bureaucracy which seem so out of touch with what it’s like to live through this experience.

Sharing Ursula’s story is my way of keeping these conversations vibrant and alive, while at the same time honouring the precious seventeen years that she filled with the richness and joy of her adventurous, brave and vivacious enthusiasm for life.

A bit about me and my new true crime book

Described by one of my children as a book writing machine, I am a rural journalist, media company owner and bestselling crime fiction author of the Missing Series. Through my twenty-five year writing career, I have written stories on just about every topic. My stories about people are widely recognised as my true heart and I have published several non-fiction books.

I am the only Australian author who is the family member of a missing person that tackles the complexities of missing through fiction. I am also an ambassador for Day for Daniel, founder of Picnic for Missing and an advocate for missing people.

I am working on a true crime book about Ursula titled ‘Who is Jessica Pearce?’ Here is an extract:

Who is Jessica Pearce?

I am backstage amongst noise, chatter and chaos, getting ready for the curtains to open for the first time at our annual high school play, Guys and Dolls. The beauty of theatre is that you can be anyone you want to be, so I am both a gangster and a dancing girl.

I am not a natural on stage and although my confidence is building as I approach my fifteenth birthday, I’ll never play a lead role. My singing voice is okay, but slightly off-key. My dancing is passable, I am enthusiastic and can follow the steps, but my style is best described as ‘gangly’ and I can’t perfect the grace needed for the tummy roll.

However, I am still good enough to be the first person the crowd sees. The curtains move, the lights come on, and I walk from stage left to stage right dressed as a gangster in one of Dad’s old suits, ten sizes too big. I’m also wearing a gangster hat, pulled down low, that someone else’s father had lurking in the back of his wardrobe.

My prop is a newspaper, quite apt given that years later my writing career would start as an eager young journalist with permanently ink-stained fingers at a rural newspaper. I have practiced ad nauseam my casual-stroll-with-extreme-animation-while-completely-absorbed-in-the-news-of-the-day. It is quite an achievement to reach stage right without tripping on my oversized pants.

Backstage, the thrill of opening night and the terror of being first on stage I attempt to apply thick layers of stage makeup with one shaking hand while holding a tiny hand mirror in front of my face with the other, also shaking. When I get out of my gangster suit it’s a quick change into a dancing-girl outfit and I don’t have time for makeup between scenes, which makes me the prettiest gangster you will ever see.

My stomach drops. It’s Ursula. Her ‘shit happens’ T-shirt peeks out underneath her denim jacket so all I can see is ‘it hap’. Her blonde wavy hair tumbles casually around her face and her smiling dimples are on full show.

I’ve been ignoring her for weeks. She’s more like a sister than my cousin, and as only sisters can, I hate her as passionately as I love her. I feel betrayed and confused as the two-year age gap yawns between us. I don’t know how to get my Ursh back, so instead I push her further away. She has tried everything to get me to speak to her lately but I’m being a stubborn, painful, bitchy teenage girl.

It takes more energy than I possess to hate her, so I concede. I hand over my makeup bag and close my eyes. Until the day I die, I will still feel those soft, gentle strokes as she carefully applies my eyeshadow. It’s bright blue, to match my dancing girl dress with its long strip of Velcro down one side which I will skillfully rip in just the right way, at just the right moment, to reveal black fishnet stockings and sparkly leotard.

The mascara is tricky, but Ursh knows exactly what to do. We’ve done this many times before, on our long, lazy weekends of dress-up days and makeup practice on the lush green backyard lawns that our Mums, close sisters, have nurtured from shared kikuyu cuttings.

I still have my eyes closed and her familiar, warm breath of Wrigley’s P.K gum masking the cigarette she smoked on her way here is ever so light on my face, melting away the ice I’ve built around the piece of my heart that belongs to her.

When it’s time for the eyeliner I look directly into her bright blue searching eyes. Searching for forgiveness, searching for a return to our shared solidarity. The eyes I know so well. The eyes that have been watching over me since I was a tiny baby. I try hard to prevent my head from shaking while she deftly glides the blue pencil underneath my bottom eyelashes in a neat, straight line.

She smiles at me calmly. ‘Hold still, Lissy.’

The magic of the moment doesn’t last, broken by the loud, clapping hands of a stressed-out teacher trying to herd cats. Backstage chatter goes up a notch as everyone races to be where they need to be. It’s time for me to get into position. It’s time for us to say our goodbyes.

Ursula is determined to get her words out before I rush away. She pulls me into a tight, squishy hug that feels like home so that I can feel them too.

It’s late at night and the house is quiet. Sitting at the kitchen bench with my iPad and phone, I madly swap from one to the other, googling in the hope that different searches on different devices on different browsers will yield different results. Google search Ursula. Google search Ursula Barwick. U Barwick. Ursula Quirindi. Ursula Kings Cross. Barwick Kings Cross. Ursula Barwick disappears 1987. Ursula Dianne Barwick. Ursula missing. Missing Ursula. Ursula I miss you.

I reach into my childhood memory bank, grasping and clawing back through the movie-reel of this backstage scene for specific details. Was she really wearing her ‘shit happens’ T-shirt? Or was it the one with pink writing ‘NOW’ or grey silver sideways writing ‘BOTTOMS UP’? I had the same shirts; we’d buy our matching outfits from Big W when Mum and Aunty Cheree did their ‘big shopping’ in Tamworth.

Other details flit just out of reach, like a butterfly eager to pack everything into the three short days of its life. Did she have her shirt tucked into her high-waisted acid washed denim jeans with a belt, or was it a crop top that hovered over her waist-line, letting in cool air and occasionally giving a glimpse of her stomach? Was she wearing sneakers or white sand shoes with socks? Why do these details matter so much to me? They bog me down and make me feel heavy and bloated, as though I’ve eaten a giant bowl of creamy pasta just before bed. 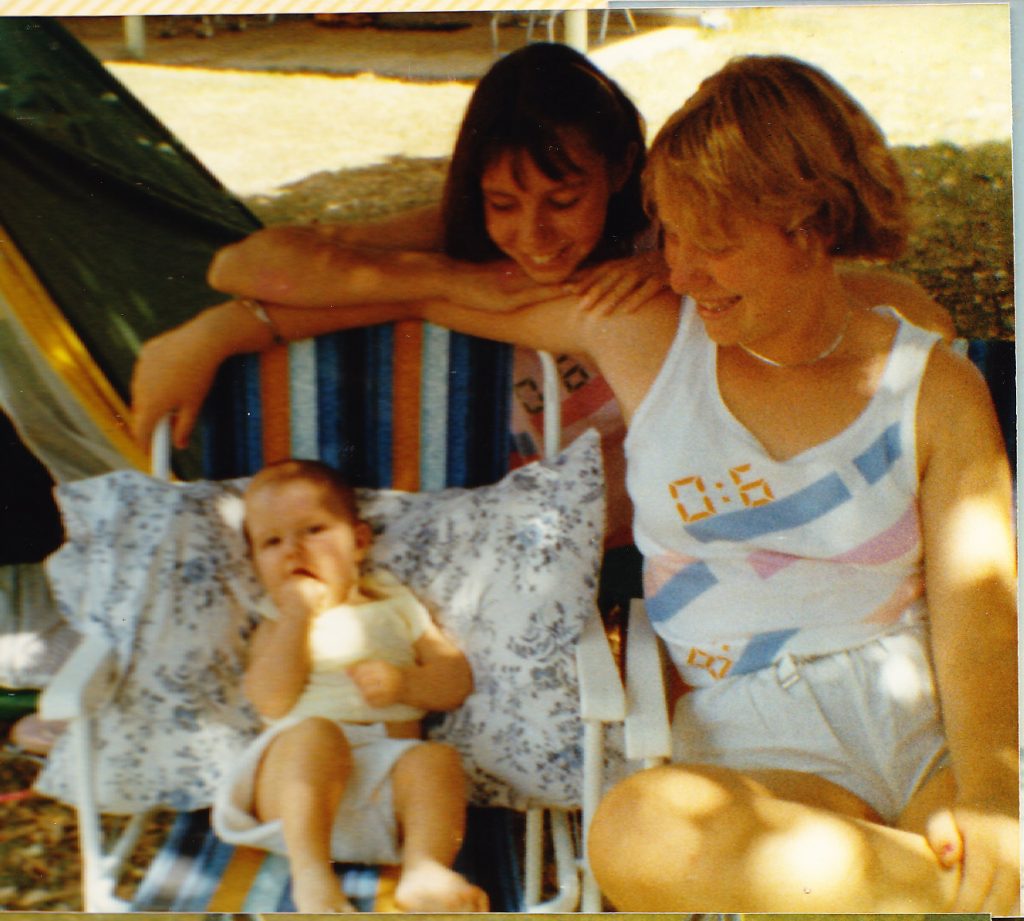 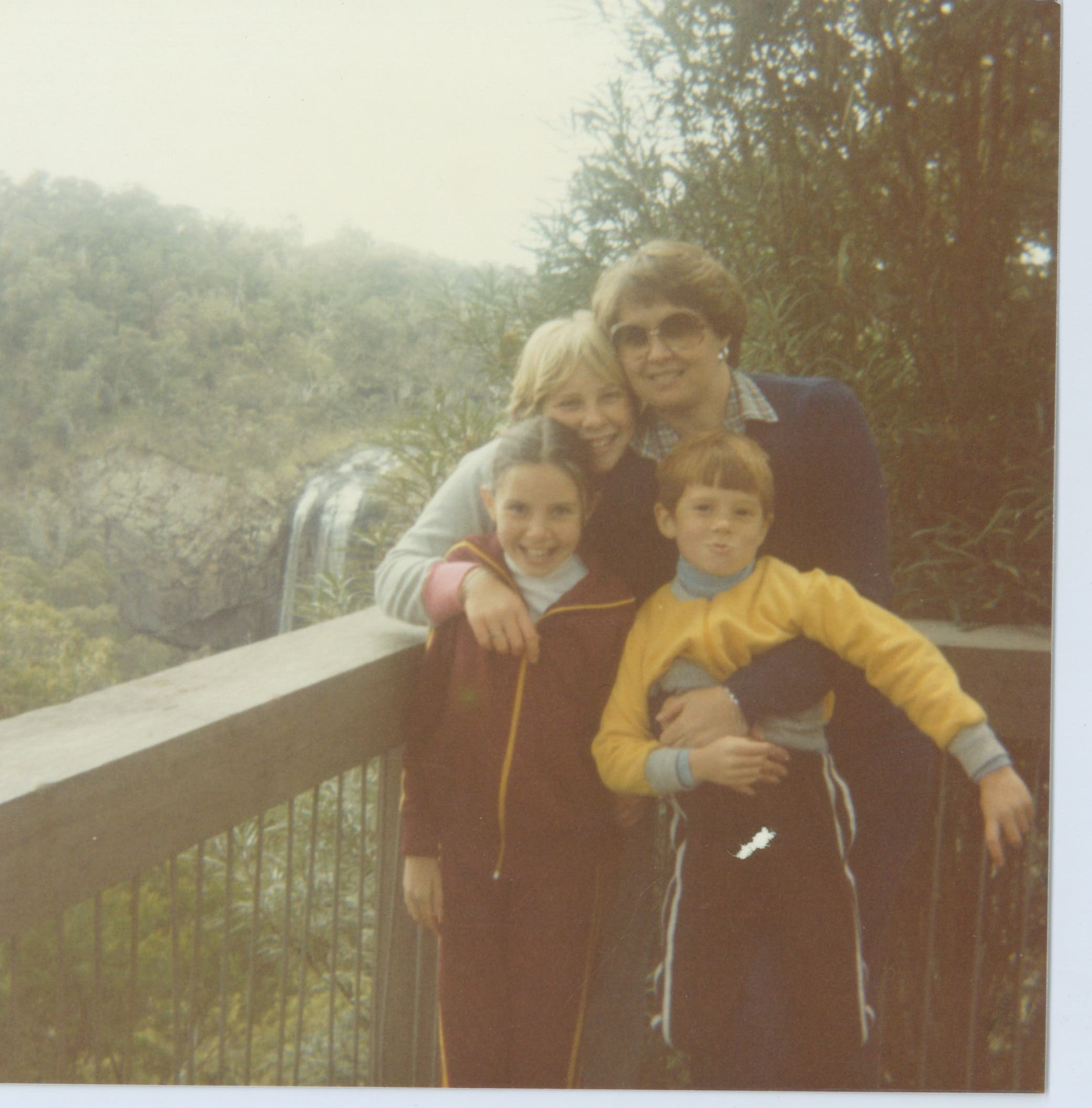 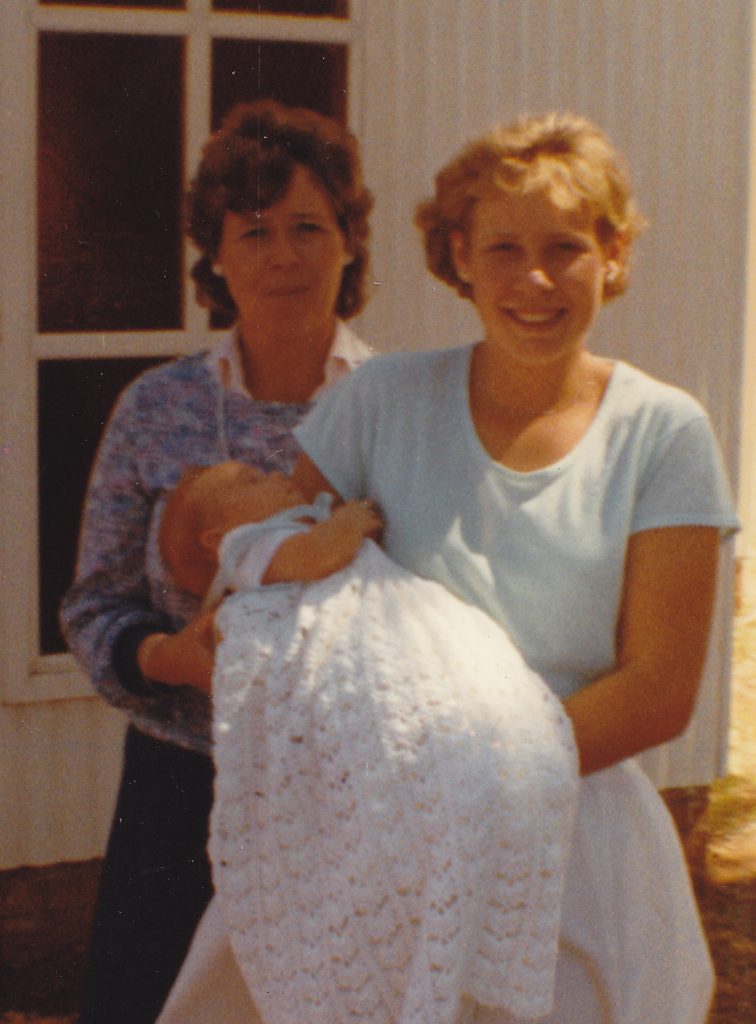 Melissa Pouliot3 weeks ago
Crime writers are funny - https://mailchi.mp/447788383a17/crime-writers-are-funny The latest MP Book News is out. Let me know if you want to join up.