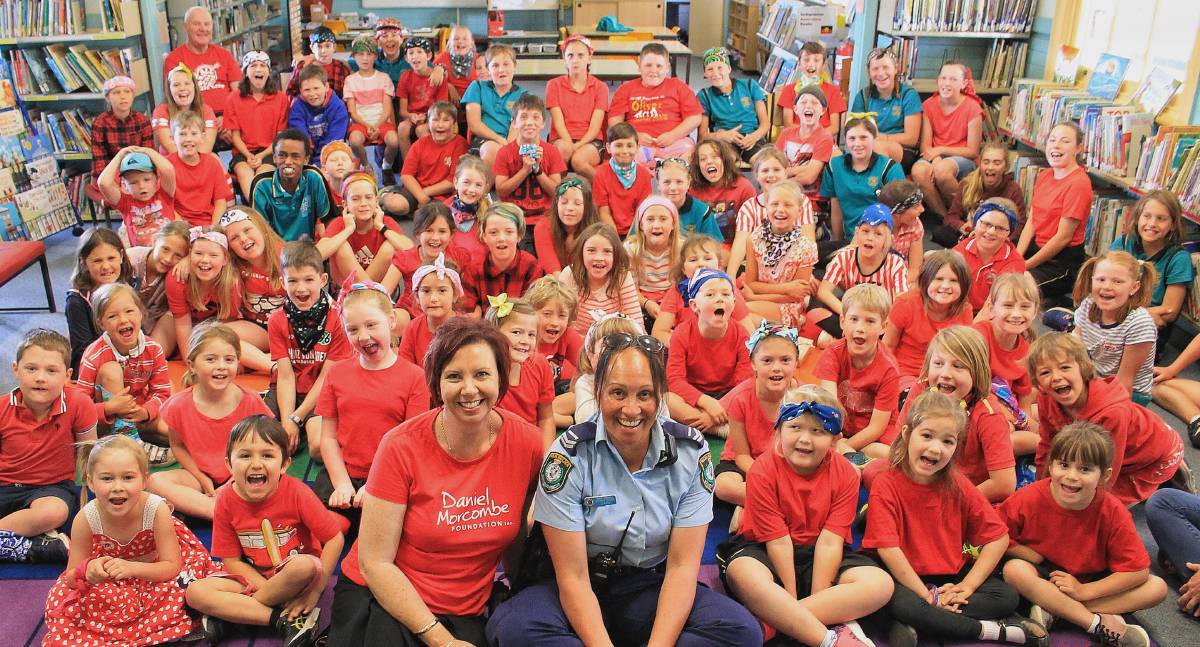 The ubiquitous nature of the internet has meant some corners of the relatively-new technology are unsafe for children, which is one of the messages being shared on Day For Daniel.

Senior Constable Donna-Marie Clarke of the Batemans Bay Police said social media was a large problem, as use of it could result in withdrawal from the family unit and community, or bullying.

“Parents allow kids to talk to whoever they want to, it’s not being monitored at all really,” she said.

“The online world is where parents are finding a lot of their problems as their kids get older, I can confidently say from age 11 up.

“It peters off around Year 11, but in that period there have been suicides; it can be quite extreme.”

What she wanted to drive home to parents was to look at their children’s behaviour when assessing if they were experiencing problems online.

“Rather than talk, watch them and listen. If what you’re seeing is not normal to what they have been doing, look at what they’re doing online,” she said.

Senior Constable Clarke said issues that stemmed from the online world such as bullying affected youths in metro and regional areas equally, and rates were not decreasing.

“It has not been reported enough to police, for various reasons families don’t want to tell police their problems, they try to deal with the issues themselves,” she said.

“Parents need to ask for help. It’s a community approach we need, not an individual approach.”

Day For Daniel ambassador Melissa Pouliot said another factor to think about was how parents’ social media usage influenced their children.

On Friday, Senior Constable Clarke visited Wolumla Public School to talk to pupils at the school about ways to keep themselves safe.

Senior Constable Clarke said if the children were lost and a person they did not know asked them to get in their car, the children should scream “no” as loud as they could so people in the neighborhood could hear them, then they should run away.

“People tend to take more notice if people yell loudly rather than if they yell ‘help’, unfortunately,” she said.

If that ever happened, she said children should try to remember as many details about the person and the car they were driving as possible, such as the car’s colour.

Also, children should memorise their full name and home address so they could tell the police when they called Triple Zero (000), as well as the address of the location where they were calling.

Melissa Pouliot3 days ago
Was just on ABC Canberra talking to Georgia Stines about the Sisters in Crime festival in Cobargo and Merimbula, people texting in madly with their fave crime writer … CANDICE FOX CANDICE FOX !!! Who happens to be coming!! Can’t wait 🥰

Melissa Pouliot4 days ago
It’s all about female crime writers in the Bega Valley the last weekend in August!! If people want to spend more time with Vikki Petraitis - Author Page after her talk at Bega library, they can come to Cobargo the following day for the Sisters in Crime festival then attend a writing/podcasting workshop with her on Sunday in Merimbula 👏 tickets at https://www.headlandfestival.com.au/