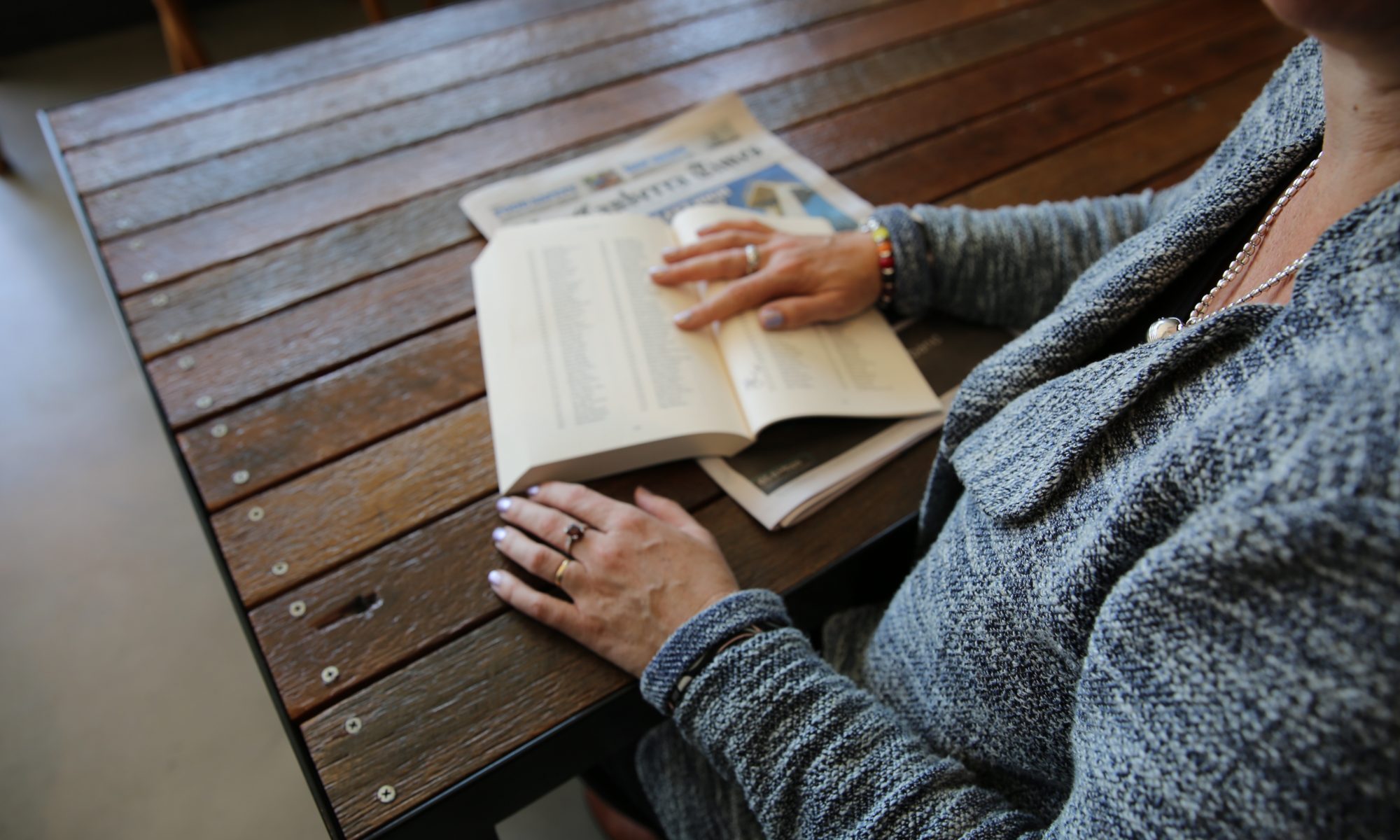 The day I first met the staff in the Australian Federal Police National Missing Persons Coordination Centre set me on a path I could never have predicted. The support they have provided during the search for Ursula and then with the discovery that she had been found means more to me than I can put into words (and that’s saying something!). Although they do not play an investigative role, they were able to provide information that helped me navigate through the complex missing persons space. It was a privilege to be invited to sit down with them and share my journey and my passion for continued advocacy for missing people – this is what they wrote.

Melissa is a woman who wears many hats; wife, mum of three, cricket mum, dance mum, media company owner, outdoors lover, book lover and keen mountain bike rider. You would think she wouldn’t have much time to relax, but around her busy schedule, Melissa manages to write crime fiction novels and speak around the country advocating on behalf of families of missing persons.

Melissa has strong personal ties to the issue of missing persons. In 1987, when she was just 15 years old, her cousin Ursula went missing. She was on her way to the ‘big city’ to follow work and after her family said goodbye to her at the train station, they never heard from Ursula again.

Melissa’s relationship with Ursula was that of very close cousins. Melissa recalls how growing up on a farm meant that as kids, they would spend their days picking blackberries, riding motorbikes, camping and picnicking. They would ‘pack a lunch at the start of the day and head for the hills and come back at night’. They would share many chats and memories together, but it is the specific conversations that Melissa finds hard to recall. “I wish we had some recordings of her talking and laughing, as I have her voice in my head but it’s so long since I’ve heard it out loud… I miss her.”

During the many years spent searching for answers, Melissa said it was a difficult process. As she was quite young at the time of Ursula’s disappearance, she felt a very strong sense of powerlessness in being able to find her.

It took Melissa’s family 30 years to discover Ursula’s whereabouts, and a fresh investigation which started in 2014 ended last year with confirmation from police that she had sadly died in a car accident shortly after going missing.

It is this experience that clearly defines Melissa and her passion for helping others. As an advocate for missing persons, Melissa speaks regularly and is a Day for Daniel Ambassador. By generously sharing her personal insights, she hopes it will help others going through a similar uncertain journey. “I turned to writing as a creative outlet to help me work through my emotions, which I had buried for a really long time until I published my first novel inspired by Ursula in 2013, and spoke publicly about her for the first time. I really need something to help me get through the renewed investigation for her, and that’s where writing became such an essential part of my life.”

Melissa created a successful book series based on fictional characters. With five novels published, and now working on her sixth, they help her step away from her real life trauma. Drawing on her own experiences, her fast-paced novels are helping people all over the world better understand the confusing and emotional rollercoaster of having a missing loved one.

When asked what she would like to pass on to the many families of long-term missing persons dealing with ambiguous loss, Melissa says:

The main message I try to pass on is to never give up hope. I really held onto that strongly through the past five years and that’s what drove me forward to keep speaking up for Ursula.

“The hope was initially to honour her memory and that was my driver. Then it became clear there were things that weren’t looked into, and it became hope for fresh eyes on her case. The hope kept transferring, shattering and swinging around, but I had to try to reinvigorate it continually in the hope we would discover the truth.

“Hope isn’t just one word, it doesn’t mean one thing. Hope is the pillar of small wins along the way.”

Further to everything she has so far accomplished, Melissa is running her successful business, MP Media Solutions, which aims to support her clients work and celebrate their successes.

This year she has volunteered her time to help her home community of Tathra after the devastating fires that tore through the small coastal town in March, and has collected thousands of new books to replace lost home libraries through the “Book Love for Tathra” campaign.

With so many balls in the air and such a selfless and friendly personality, Melissa is a truly inspirational person who has turned what was such a devastating loss into a lifetime of advocacy and community service with a focus and passion like no other.

We can’t wait to see what is next for Melissa Pouliot.

I love writing that makes sense; words that make people feel real. You can also follow me on Instagram, twitter or via my blog http://melissapouliot.com/ I am always working on my next novel, book 4 is due out mid 2016.

Melissa Pouliot40 minutes ago
Authors, publishers and individuals from across Australia donated more than $100,000 of new books to Book Love for Tathra after fire destroyed around homes and damaged many more on March 18, 2018 in the Vimy Ridge, Reedy Swamp and Tathra fires. Esteemed Australian author Jackie French, AM, donated over 200 books to the collection and instigated significant donations from Australian Women’s Weekly and several major Australian publishers.

“Every single book has been given with the most enormous love and joy and incredible admiration for the community of Tathra, who is determined to survive,” Jackie says. “You actually need joy as much as recovery…and this is joy! And this is more important because hopefully in a year, five years or 10 years, something like this is going to be the much more powerful memory than the hard things. You will look back and you will smile because you will remember the things done with friendship, love and community.”

This film was partly funded by a Bega Valley Fire and Resilience Grant.