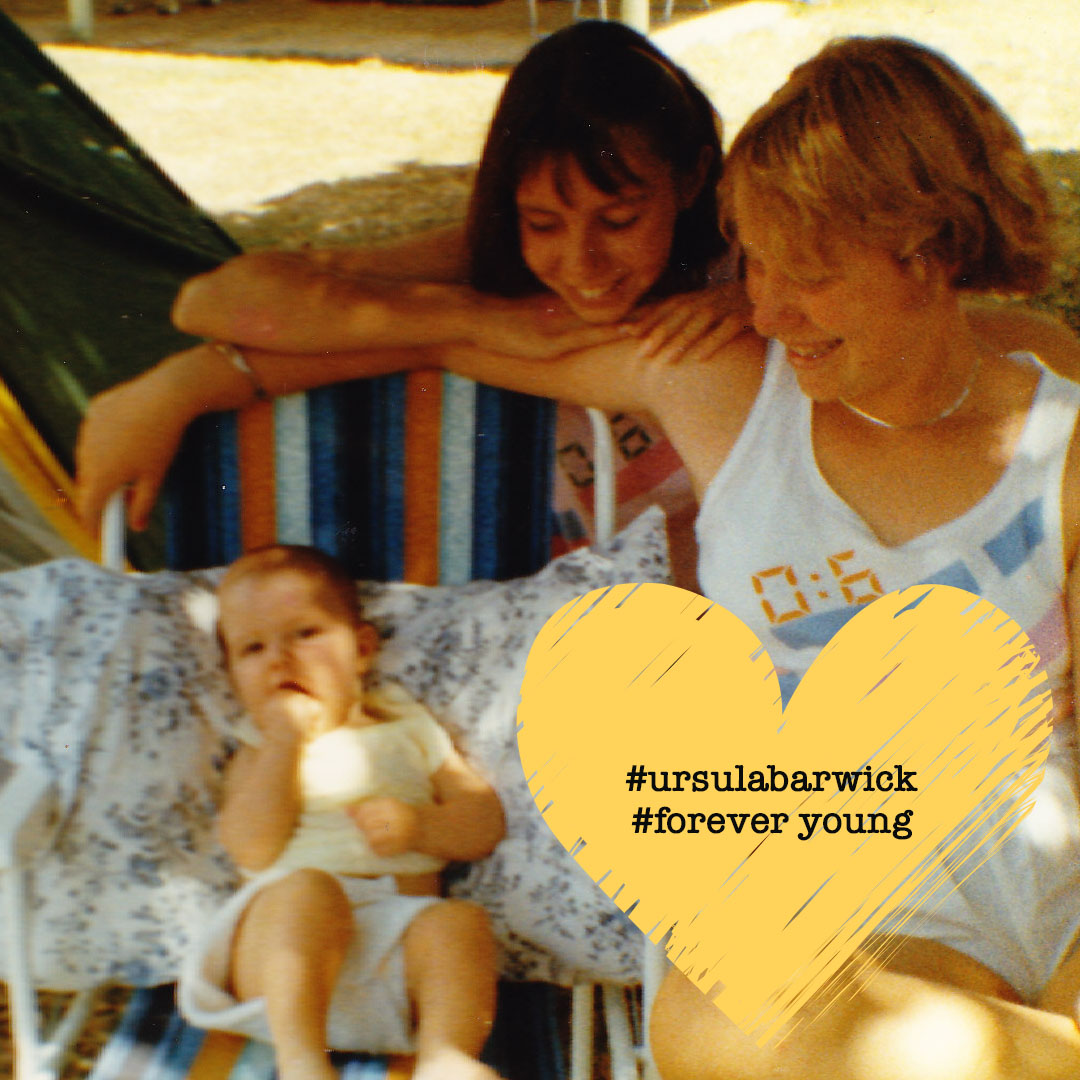 A year ago, four days before Christmas, I was sitting in the NSW Coroner’s Court with Mum and our dear friend Liz Davies who we met through the Families and Friends of Missing Persons. Mum and I had painted our nails pink to match the colour from some recent photos we’d found of Ursula’s nails painted in the same colour.

December 21, 2018 was the day Ursula got her name back, and it was the day I realised I couldn’t avoid the truth any longer – Ursula was really gone. I wouldn’t ever see her smiling face and bright blue eyes, hear her big loud belly laugh or hug her ever again.

There was torrential rain and hail in Sydney the night before the inquest, icy cold tears that had been building for thirty-two years on the eve of my final goodbye. It was a sad time, but also a happy time. I ate ‘frogs eyes’ pudding covered in yellow for breakfast. Frogs eyes was my favourite pudding made by Aunty Cheree and as you know yellow was Ursula’s favourite colour. We shared lots of stories and laughs with Liz and the amazing detective Amy Scott who was determined she was going to solve what many people told her was an unsolvable case. And she did!

I wrote about it on the plane ride home for my upcoming true crime novel “Who is Jessica Pearce?”

My lovely friend Christine Kaine also wrote some words on that day which I carry with me everywhere: “Your love for Ursula shines; it cast the light needed to reveal the truth.”

‘Inquest: Inquest into the death of a person believed to be Jessica Pearce

Having regard to the entirety of the evidence now available, the conclusion that must be reached, on the balance of probabilities, is that Jessica Pearce, is in fact, Ursula Barwick.’

Mum and I grip each other’s hand tightly as Magistrate Derek Lee reads his findings. Liz Davies grips Mum’s other hand. His voice is strong and kind, and he carries a tone that indicates a genuine and heartfelt understanding of how every word he speaks is like a smack across the cheek.

‘I find that the person previously believed to be Jessica Pearce is, in fact, Ursula Barwick. Ursula died on 27 October 1987 (at 7am) at Keajura NSW 2652. The cause of Ursula’s death was cerebral contusions and lacerations due to head injury, with a ruptured aorta, ruptured liver and multiple injuries all being significant conditions which contributed to death. Ursula sustained these fatal injuries when a vehicle that she was travelling in was involved in a collision with another vehicle.’

He looks at us many times in the ten minutes it takes him to formally sum up thirty-two years of ambiguous loss and I wonder how he feels to see the tears roll unchecked down our cheeks. He is looking right into my eyes when my efforts to quieten my sobs and stop my chest from heaving its grief start to fail. The culmination of missing Ursula for almost thirty years without knowing where she was, then two years of knowing she is found but living in limbo land until someone releases this official finding, is out there for all to see.

‘These findings are being delivered four days before Christmas 2018. It will be the thirty-second Christmas Day since Ursula was reported missing. It will also be the fourteenth Christmas Day since Ursula’s mother, Cheree, passed away. For many, this time of year is one when family members comes together to share in the joy and comfort of simply being in each other’s company. Therefore, it is most distressing to know that Ursula’s family have, undoubtably for so many years, been left with an absence that cannot be filled, and a sense of uncertainty that could not be eased. It is even more painful to know that for Cheree, that devastating sense of uncertainty about what happened to her daughter was never able to be lessened.

‘Whilst it is simplistic to speak of closure when confronted with overwhelming loss and unbearable uncertainty, it is sincerely hoped that the coronial investigation and this inquest has brought some measure of solace to Ursula’s family.’

Detective Sergeant Kurt Hayward and Sergeant Amy Scott (her change in title from Plain Clothes Senior Constable to Detective Senior Constable to Sergeant reflective of the time that has passed) have solved what many said was an unsolvable case. Their dogged determination, particularly Amy’s, to not give up on Ursula no matter which path Ursula took her along, should be an example to all others. I hug them tight but I cannot speak. I hug them tighter so they can feel my love for what they have done.

I am heartbroken, yet having this officially confirmed at long last is still a heavy weight lifted from my shoulders. This is not over yet, and we have another inquest to face, but finally, Ursula has her name back.

For what is it to die but to stand naked in the wind and to melt into the sun?

Only when you drink from the river of silence shall you indeed sing.

And when you have reached the mountain top, then you shall begin to climb.

And when the earth shall claim your limbs, then shall you truly dance.

Melissa Pouliot3 hours ago
Brilliant Australian authors Donna Ward and Irma Gold are among my book recommendations on the wall at Collins Booksellers Merimbula - check them out, they’re both fabulous books!!